The automatic tail-suspension test allows a fast and reliable screening of the psychotropic properties (anti-depressants, sedatives) of drugs. 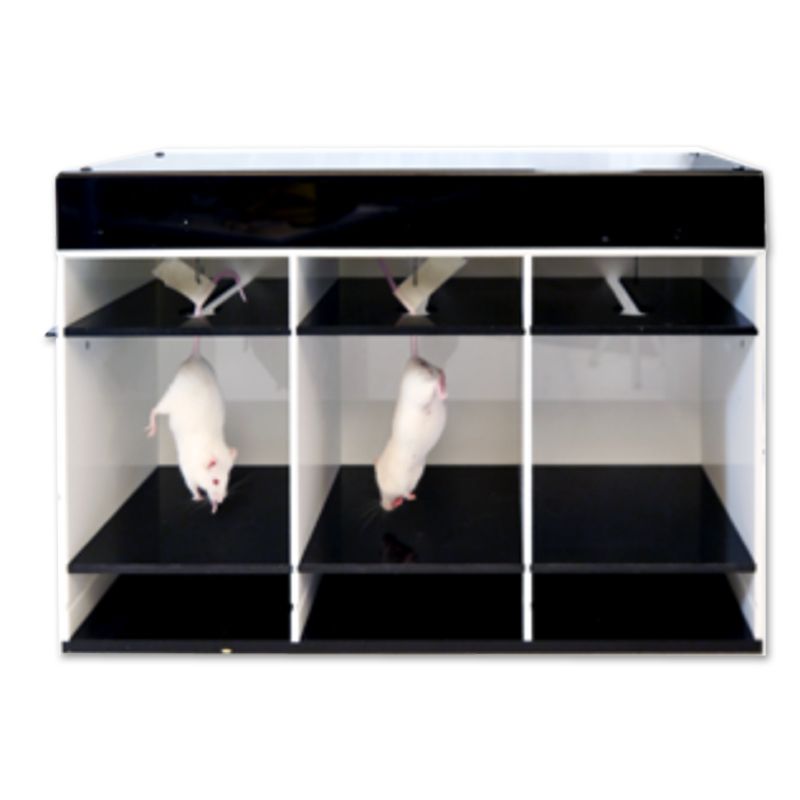 The automatic tail-suspension test allows a fast and reliable screening of the psychotropic properties (anti-depressants, sedatives) of drugs.

Basically, the measuring principle is based on the energy developed by mice trying to escape from their suspension. During the test, the movements of the mice are analyzed in terms of force, energy and power developed over time.

The system includes the suspension cages (3 mice per cage) and a user-friendly software to run, record, analyze and replay the experiments. The results are either printed or stored in .txt or.xls files formats.

Mombereau C et al. (2004) Genetic and Pharmacological Evidence of a Role for GABAB Receptors in the Modulation of Anxiety- and Antidepressant-Like Behavior. Neuropsychopharmacol. 29:1050-1062 (mouse, Stwitzerland)