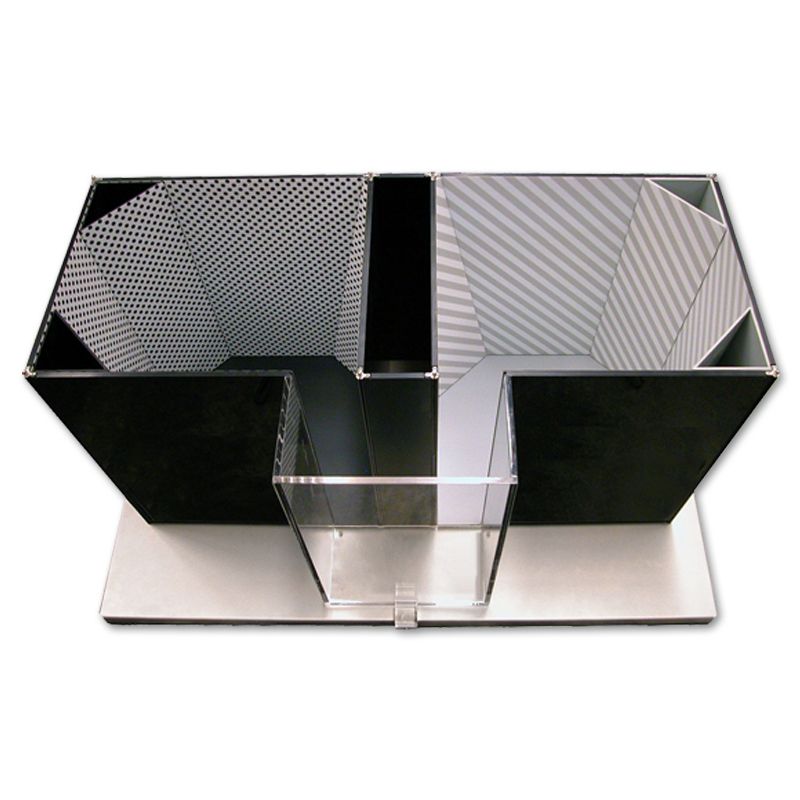 Skip to the beginning of the images gallery
Item Listing
Details
The Spatial place preference box is an experimental chamber developed with the aim to optimise place preference and aversion studies in small laboratory animals, especially mice. The design of the box is fruit of a close collaboration with eminent Professor Dr. Rafael Maldonado and Dr. Olga Valverde from the Laboratory of Neuropharmacology in Barcelona (Spain).

The apparatus consists in a box with two equally sized compartments interconnected by a rectangular corridor. Originally, the compartments are differentiated by the motifs painted on the walls (dots or stripes) and the colour (different shade of grey tones, light or dark) and texture (smooth or rough) of the floor. The innovation brought by the Panlab box is the possibility to combine a new additional spatial dimension to allow the animal differentiate the different compartments in a more discriminative manner. Transparent walls are also used to minimize the time the animal spent in the corridor.

The introduction of these new discriminative elements allows: All the spatial place preference box can be associated with the video-tracking system (SMART software) for detection and analysis of animal position throughout the test.

For the automated models (76-0441/LE898 and 76-0278/LE895), the detection of the position of the animal is provided by the weight transducer technology and PPCWIN software.
Specifications
Related Files
To Top