The "Rodent Pincher" algometer allows calibrated forceps to induce quantifiable mechanical stimulation in the animal (rats or mice) on a linear scale. 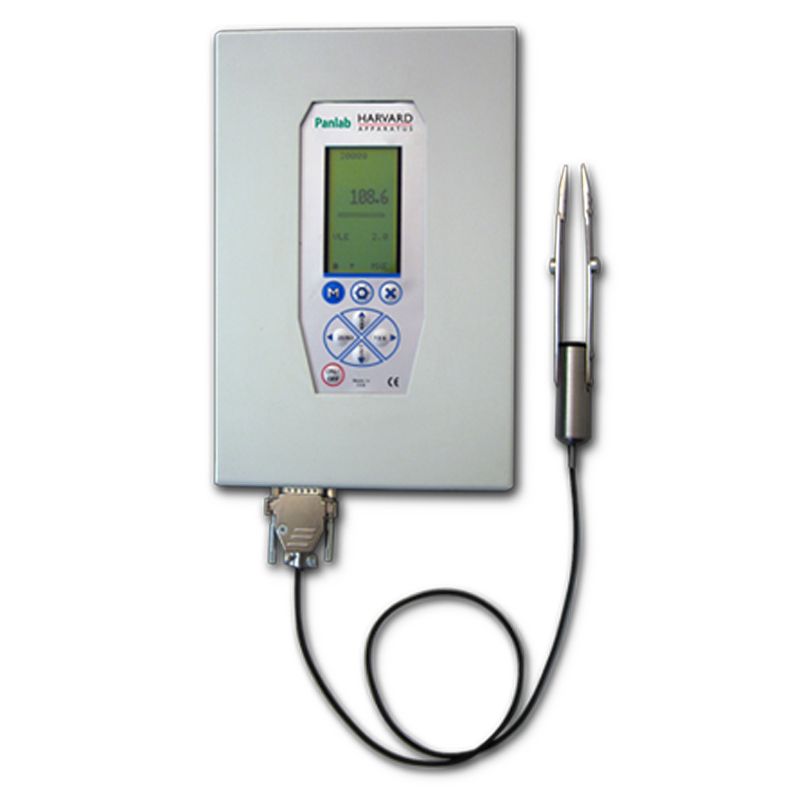 The Rodent Pincher algometer allows calibrated forceps to induce quantifiable mechanical stimulation in the animal (rats or mice) on a linear scale.

The most suitable protocol was experimented by determining the effects of 3 repetitive measurements on the 2 hindpaws, respectively over long-term (9 days), mid-term (1 day) and short-term (2 hours). It was primarily developed as an analgesimeter/algometer (analgesia measurement instrument) for nociceptive tests. In this specific use, the Rodents Pincher not only represents an alternative to the RANDALL & SELITTO test - but also presents the following advantages when compared to the classical test:

Furthermore, this pincher-based analgesia meter can also be used for other applications that require a controlled force or pressures values, for example :

Comparative studies (including comparative tests with the RANDALL & SELITTO analgesimeter) have demonstrated the accuracy of this pincher-based algometer for easy, fast and reproducible measurement of mechanical pain threshold on rat limbs. Moreover, it allowed to perform rat analagesia testing with minimal constraint, which reduces data variability.

The pressure is applied in the inter-digital region. When used on the rat the pressure can also be applied to the tail. The instrument displays the force (in grams, newton, oz, lbs) at which the animal reacts and reports the nociception threshold.

Individual pain threshold measurements (up to 100) are stored in the internal memory, and can be downloaded post experiment. Recently an embedded statistical computation has been included in the electronic device of the algometer. This is a very useful feature that has been very well received and used by users of large numbers of tests. The display shows in real time the mean, standard deviation and variation coefficient from groups of animals (rats or mice). This feature also allows the user to cancel any analgesia test incorrectly performed.