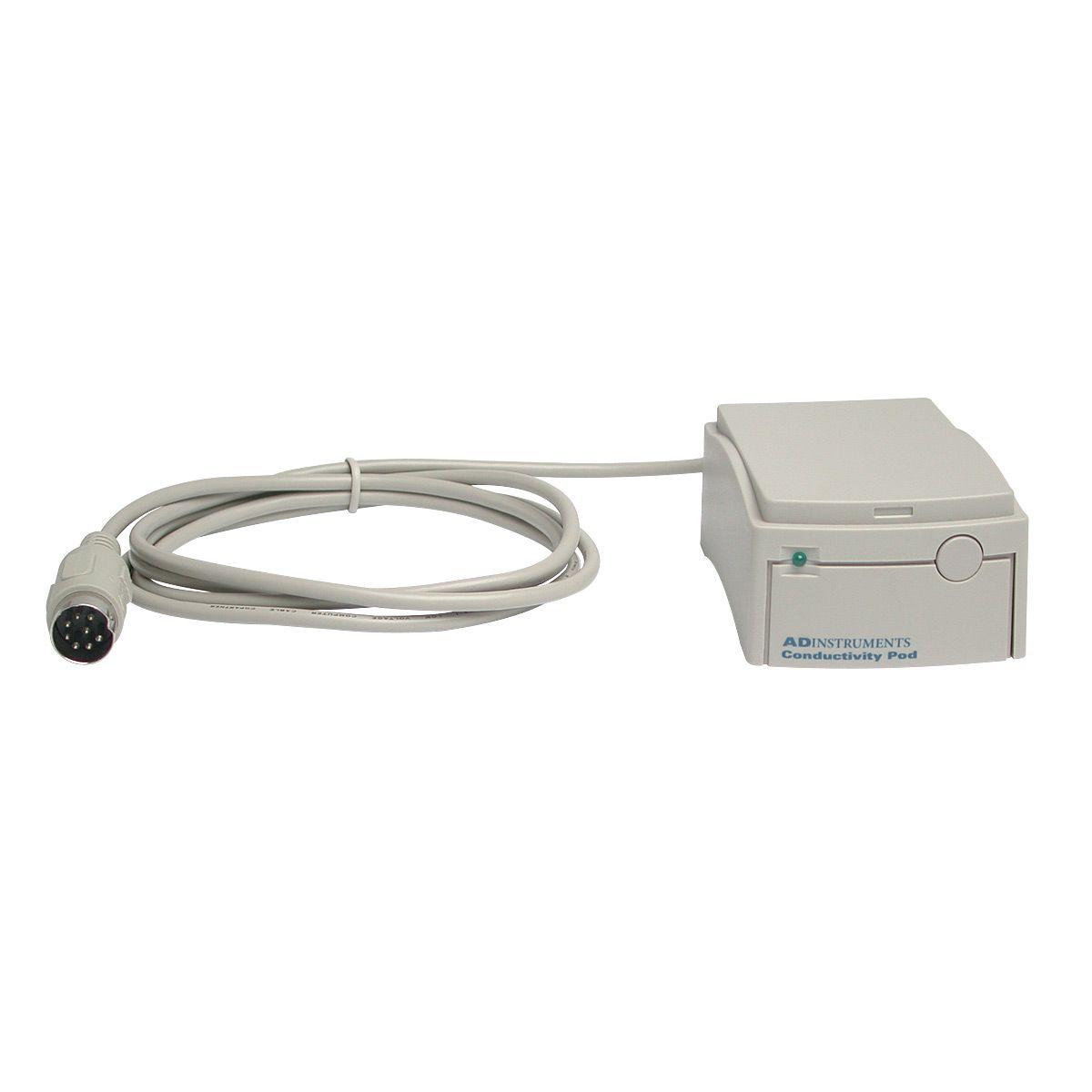 The Conductivity Pod is supported by the following versions of LabChart and Scope software:

The Conductivity Pod is recommended for operation with the MLT908, MLT915 or MLT916 electrodes. However, it can be used with most other types of two-electrode conductivity cells.

The following electrodes are suitable for use with the ML307 Conductivity Pod:

The Conductivity Pod measures the alternating current (AC) across a suitable conductivity cell by applying a AC potential across a pair of platinum plate electrodes that comprise the cell and outputs an analog voltage DC signal proportional to the conductivity (reciprocal resistance). The Pod has four gain settings with secondary amplification provided by the PowerLab range setting (see Specification section) to give a total of twelve input ranges.

The Pod incorporates a 20 Hz low pass filter to remove any high frequency interference. Further filtering options (down to 2 Hz) can be applied to the incoming signal with the PowerLab.